A portable edition of the long-running strategy game from Team17, allowing players to command war with those wily worms anywhere they go. In Worms: Open Warfare, players command an army of worms into battle against others, and try to take them out by employing an array of lethal and quirky weaponry. The game features traditional weapons, such as grenades, pistols and rocket launchers, as well as non-traditional arms and gadgets including a sheep launcher. Each worm has health points, and by successfully using weapons players can take out the individual worm threat by whittling down their heath. Watch out, though – these worms are pushovers, and if an innocent worm gets in the way of a defeated worm, they could potentially take damage from the impending explosion a worm gets in with his dying breath. 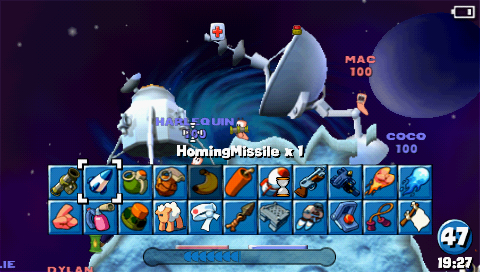 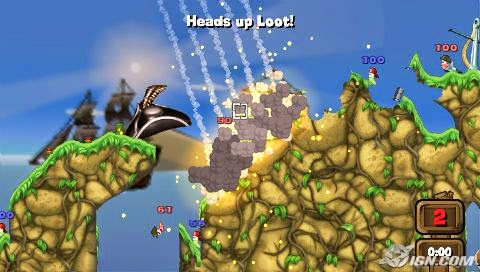 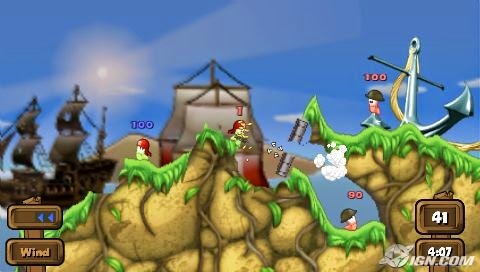