A downloadable digital comic. Experience the evolution of comic book entertainment with digital video comics brought to you by D2Comic. Adapted for the digital generation, D2Comics goes beyond traditional printed comics and delivers an interactive multimedia experience. Comic book fans can now watch their favorite comics come to life as each story unfolds through the eyes of the comic book creator. THE CRYPTICS: Some famous monsters are going to the scariest place they’ve ever been … the suburbs! The Cryptics follows much smaller versions of horror’s most fabled characters as they grow up in the ‘burbs, go to school and make monsters in the laboratory. Steve Niles (30 Days of Night) and Ben Roman (I luv Halloween) bring you an interactive look into the young lives and escapades of Jackie Jekyll Jr., Drac, Wolfy and Sea-Boy with a digital video comic that heaps on the laughs. 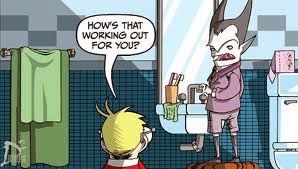 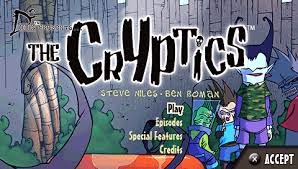