Steel Horizons offers players complete control of Naval fleets within a series of missions within a fictional scenario featuring well-known World War II battles. The game is inspired by popular pulp fiction set during World War II, and delves into the key events and characters behind historic battles. Its scenario tells of a shady third party pulling the strings to orchestrate the war, using futuristic technology to advance the carnage for their own ends. Thus, the player is cast as the American Captain of one of three ultra-secret Navy vessels, and while initially surviving battles, must also expose and ultimately destroy the meddling organisation and save the world. Thus, the ships at the player’s disposal include battleships, aircraft carriers, destroyers and submarines, and the individual attributes of each must be used to take out enemy fleets and the organisation’s more advanced vessels. In addition to the involving solo mode, players can also compete against a rival player via the wireless multi-player modes the hardware allows. 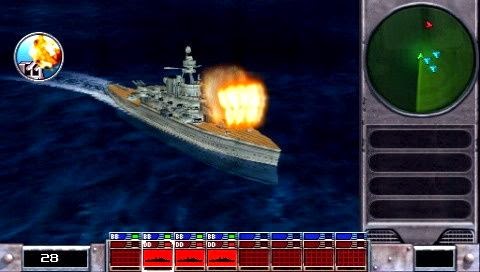 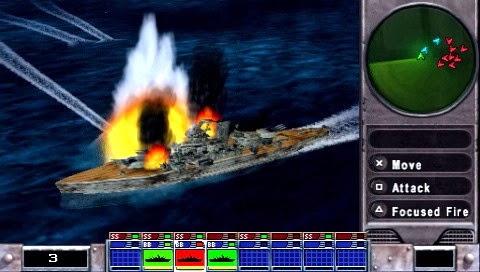