Shoot, attack, and stave off the assault by defeating all the Invaders on the screen. After annihilating a battalion of Invaders and defeating the Boss, players move on to the next stage. But beware of different types of Invaders, each with their own unique abilities — it’s “Game Over” if players lose all of their stock cannons! As part of the series’ 30th anniversary celebration, Taito has reinvented the classic in many ways while keeping the old-school charm of the game we all know. Infused with new graphics and sound, Space Invaders Extreme takes the classic gameplay of the original to the next level. Trippy background elements and interactive sound help propel this extreme installment into the next galaxy. 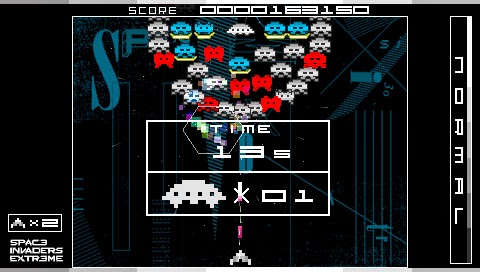 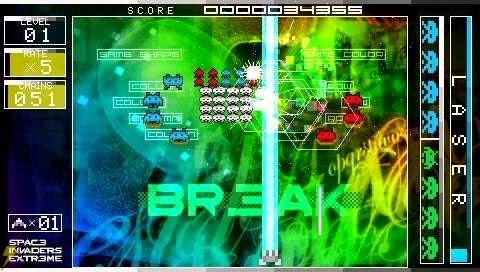 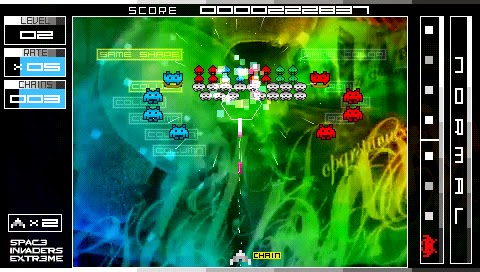