Pick one of three ships (balanced between speed and shield strength) and blow up everything in your sight in this shoot-em-up. Ships don’t just zig and zag rigidly, they swerve along the ocean leaving a convincing wake behind them. Bullets move slowly enough to dodge, and shooting down an entire string of enemies will usually net you a power-up, changing your primary weapon to stronger blasts or a double-shot. You can also earn a ‘big bomb’ attack, which varies depending on the powerups you collect. 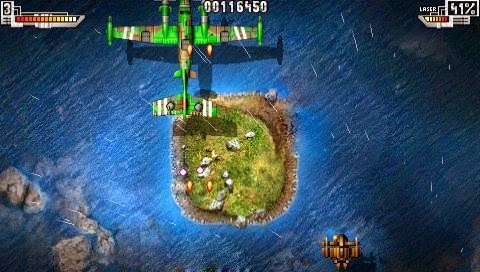 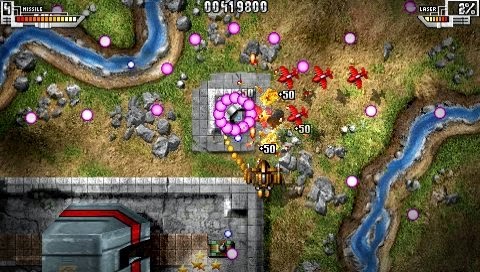 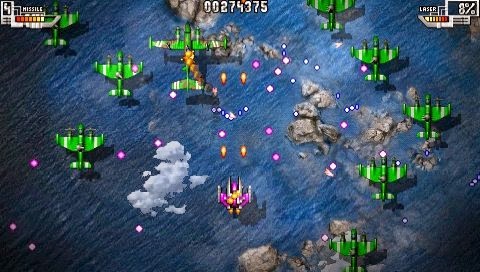