Neon Genesis Evangelion Battle Orchestra is a very exciting fighting game. The controls are easy to manage, it takes no time for a total beginner to become and expert. The weapons in the anime are implemented into the fight sequences, and gamers can unlock rare weapons like the Longinus Spear when the battle gage reaches a certain point. When the character’s level of synchronization with the Eva goes past a certain point, all hell breaks lose! The Evas are not the only controllable characters, the players can choose to control the Angels as well. The best feature of this game is that it allows a maximum of four players to the fight simultaneously. The players can either play a game of two against two, a battle royale that only the fittest can win, or fight against a group of angels together. Make use of the specific items during the battle and plan a winning strategy. Use the story mode when playing alone. Adventure scenes of the characters are inserted between battles. These scenes are fully voiced and the plots include not only the canon characters like Shinji, Rei and Asuka, but the minor characters like Keisuke too. The original scenes lead to original endings, view the endings for every character and find out all of their fates. 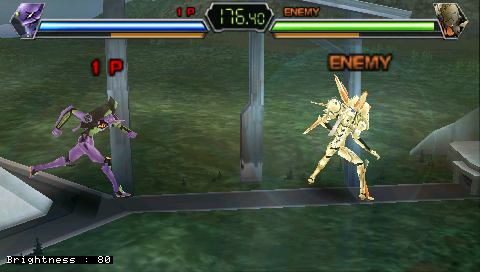 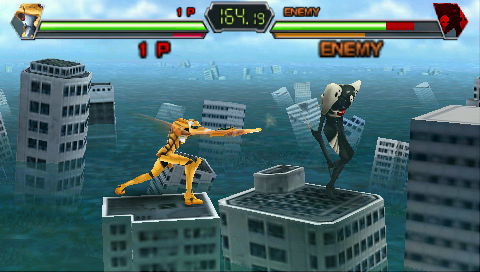 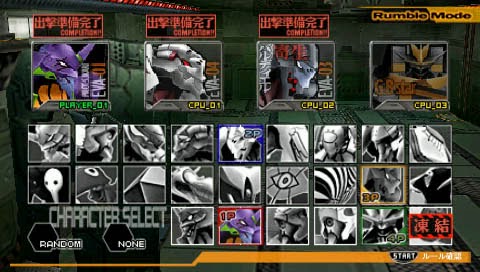