Based on the popular anime/manga School Rumble, this adventure/RPG features a completely original storyline based on the series. It’s an ordinary summer day at high school, when student Ouji Karasuma collapses in class. It’s up to main character Tenma Tsukamoto, who has a thing for Ouji, to figure out what happened. Other characters appearing in the game include Kenji Harima, Yakumo Tsukamoto, Kyousuke Imadori, Karen Ichijou and Haruki Hanai. Gameplay is conversation style as you read and listen to dialogue and select paths which change the flow of the story (for multiple endings.) There are three gameplay systems in this story feature: the “Perspective Switch” system where you can play as other characters in order to better get a grasp on the mystery; the “Character Relationship Diagram” system where a diagram, centered around Tenma, shows the feelings the characters have for one another. Finally, there’s the “Column Thrust” system in which commentary lines the sides of the game screen, similar to the comic. 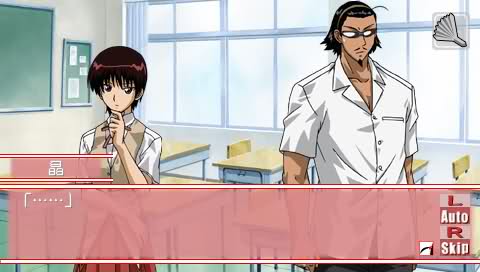 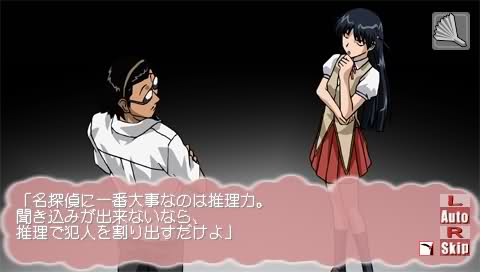 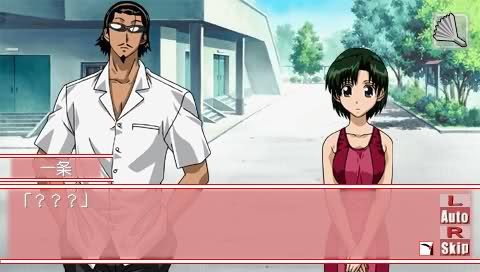