The second game in Q-Games’ downloadable quick-play games collectively called “PixelJunk”. Inspired by the popular and addictive “tower defense” genre, PixelJunk Monsters takes the simple real-time strategy concept of building, researching and base defending and presents it in a uniquely attractive style. In PixelJunk Monsters, the player controls a defender-of-the-forest character in a lush 2D environment. The player’s goal is to strategically defend the pathway to his homebase from an onslaught of various threatening monsters. In between waves of monster attacks, the player scrambles to reinforce his defenses by collecting gold coins and jewels from fallen enemies to finance new towers and research deadlier weapons. This PSP Deluxe version of PixelJunk Monsters features all of the content of the original game and the Encore add-on pack as well as additional content and extra goodies to give even previous PJ:M players new dangers to dance down. 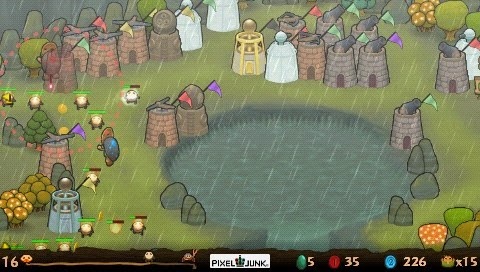 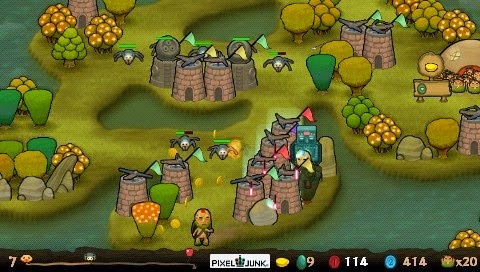 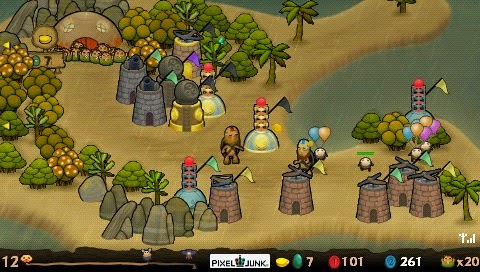