Duæl Invaders is an old-school, fixed-screen shoot ’em up, mixing the classic formula seen in countless great ’80s games with its own unique brand of simultaneous 2-ship control. The game’s concept is centered on the idea of controlling two player ships simultaneously (on a single PSP or PS3 controller) across single player and 2-player co-operative and adversarial game modes. In all modes your ships (one red, one blue) are tasked with destroying wave upon wave of red and blue enemies; the idea being to survive, waste the bad guys and attain the highest score possible. Some of your enemies will cause chain reactions or change other enemies’ colors, so picking out the best shots will really help you survive and rack up those high scores! 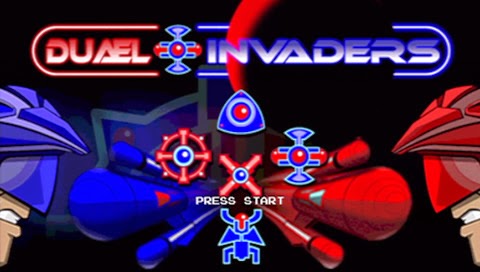 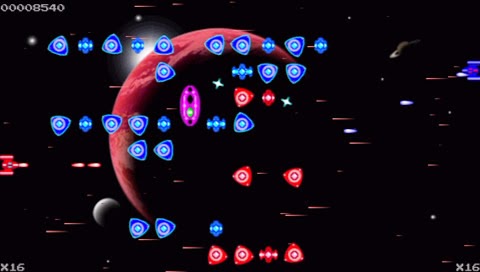 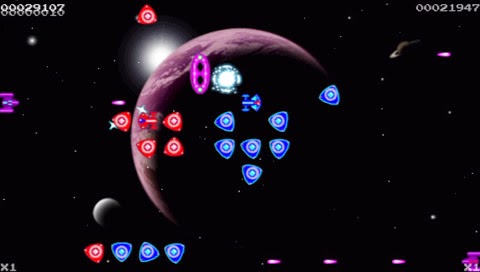