BABEL The King of The Blocks

Sometimes it’s not how original an idea is, but how well that idea is implemented that really matters. Shakespeare frequently borrowed plots; Led Zeppelin took riffs from blues musicians and groups they toured with; and, a magical boy named Harry Potter first appeared in the movie Troll. BABEL: The King of the Blocks from StormBASIC takes the basic gameplay from the worst Mini I’ve reviewed, Pile Up! Bakery, and manages to make it a lot of fun by giving it more structure and a lot more polish. It’s a simple premise—just piling up objects, in this case differently shaped blocks of stone, and having to cope with the laws of physics on your stacked blocks. It’s not like, say, Tetris, where the blocks just fall with no mass or inertia. Beyond that, BABEL: The King of the Blocks varies the goal of your block piling depending on which of the four modes you play. It’s a bit confusing at first when you start the game up. The main menu consists of a scene with several building sites, and you move a cursor to each site to play that mode. The first mode is Great Pyramid. Here the goal is to have a little guy (Babel, for whom the game is named) drop blocks on a platform that tilts when out of balance. If you manage to place all the blocks without tipping the platform over, you complete the level. This is tricky because Babel is at the top of the screen and the platform is at the bottom. So it’s hard to judge exactly where you are dropping blocks. The blocks also bounce a little. It requires a lot of trial and error, but thankfully you can restart each level very quickly. The next mode, Temple, is what I found to be the most fun. Here the goal is to drop all the blocks you are given onto a platform, without any spilling over. This one is tricky because usually the platforms are small or angled, or have some complicating factor. And, you often have some weirdly shaped blocks. So, you need to figure out what sort of shape you want to build with them and then actually place the blocks correctly. One level threw me for a loop at first, because you also have to drop the blocks quickly for it to work right (you need two pieces to crash together to cover up a gap). Tower Mode really is Pile Up! Bakery with an Egyptian theme. In that game, the goal of piling objects was to simply reach a given height. You also didn’t have much control of placing them but were fed them rather rapidly by a conveyor belt. The same is basically true here. The only real difference is that you have a little more control over the placement, including being able to rotate the blocks with the X button. Some of the levels in this mode complicate things by having wind, which will drag your blocks with it. There is also a two-player mode, where one person controls the dropping blocks with the D-pad, the other with the face buttons. Pile Up! Bakery had this, but in BABEL: The King of the Blocks, the action all takes place on one playing field. So, you can deliberately wreck the other guy’s block placement. I didn’t like this gameplay much in Pile Up! Bakery, and I still don’t like it that much here, but it’s far more full-featured. Each of the three single-player modes has 18 different levels. You start with just the first in each mode unlocked, and beating it unlocks the next one. While it gives you a sense of progression, it also can be frustrating if you can’t beat a level. There is no scoring in most of the modes, and no high score tables. This omission hurts because it removes some incentive to go back and replay earlier levels to get a higher score, or beat them in a quicker time. StormBASIC’s games have evolved visually over the years, starting off rather rough-looking, but this (and Run Ghost Run) are very clean and polished-looking. Every level has a different background graphic. It also features some catchy music. When the game was first announced with only a screenshot of the menu screen, I jokingly suggested it might be a dancing game, based on some very small figures in the background. While it’s not, the stone-dropping guy, Babel, dances like an Egyptian when you finish a level successfully. Sometimes he combines this with the Moonwalk, which is really funny. The whole game really does exude charm, which I think has always been StormBASIC’s trademark (Tehra excepted). I had a lot of fun with this game. I would have liked more levels, though. For the price, it gives you enough, but at the same time, I found it to be so much fun, I just wanted more. Time flies when playing it. I think StormBASIC could make a franchise out of this game. The addition of high scores would have given it more replay value, and like in a lot of puzzle games, I would have liked the ability to skip a level and come back to it later, rather than having the one-level-at-a-time progression. But, the faults are minor, and while it lasted I had a blast; it’s a very enjoyable and addictive game. 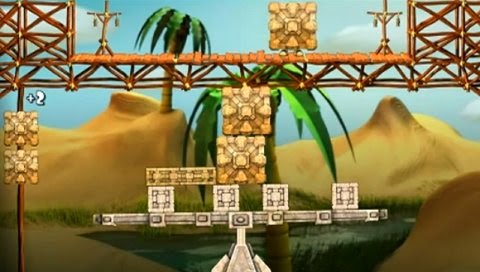 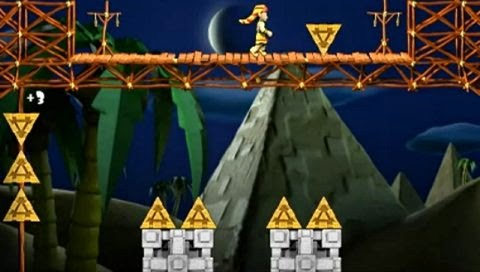 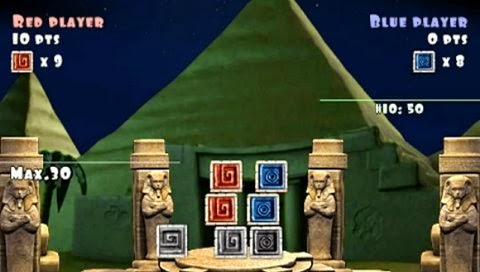