PSPWorld Review: He first arcade-style flight combat title exclusively for the PSP system, combining intensive air combat with a multitude of explosions that allow gamers to relive the experience of the classic After Burner arcade game. In addition to the in-depth customization of 19 officially licensed military planes, gamers can compete against friends via ad-hoc in a variety of multiplayer modes, and for the first time ever, fly solo in a story-rich single-player campaign. 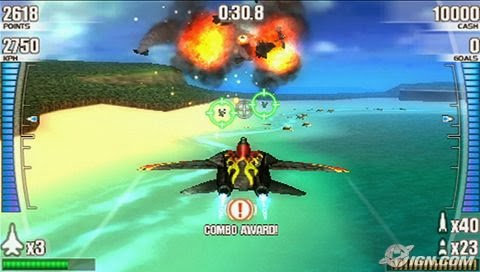 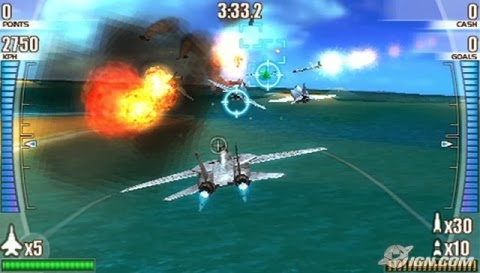 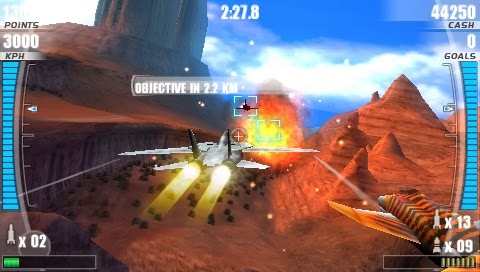